Frank & Associates Plastic Co. Ltd is a renowned name in the polyolefin manufacturer market. Established in 1995, Frank & Associates specializes in making premium quality protective films and plastic tapes. We produce plastic tapes equipped with features like suitable viscosity, strong stickiness, maximum weight-bearing capacity, and toughness. The latter specifications make our products stand out from our competitors. Coupled with these features, we have strict measures to double-check the quality of our products before putting them for sale. Our researchers at the quality assurance department work day and night to check our plastic tapes' quality and efficient functioning. 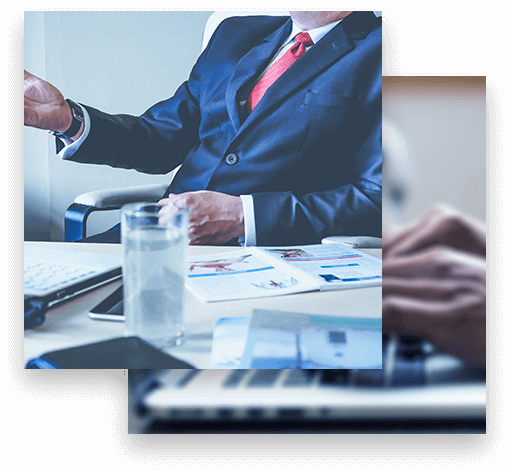 With state of art production facility, we take pride in providing the quality of the highest standard guaranteed.

Our efficient production facility, ensures timely lead time for all the incoming orders

Excellent customer services is our main scope. We take special care of the customer experience.

our relatively low raw material and tooling costs, together with high speed automated.

Biodegradable films are plastic-based films with included additives throughout their production process. These additives usually are enzymes that lead to the breaking down of plastic. Its decomposition can be done by living creatures, like fungi or bacteria, without or with oxygen without any environmental effect. These films can be prepared using proteins, lipid materials, or polysaccharides. Amongst these innovative tactics is incorporating antioxidant or antibacterial agents in films, which can be employed as packaging. Incorporating these compounds is done into or covered onto food packaging materials to improve shelf life and food safety. Whenever the biodegradable film dissolves down, it converts into smaller plastic pieces. Therefore it needs specific conditions for breaking down like typical temperatures or sunlight for biodegrading fully. &nbsp; Type Of Biodegradable Films: Polyethylene will fragment naturally and biodegrade, but it is likely that it will take hundreds of years to do this and result in an environmental problem. There are two solutions to solve this problem. One of those is to modify the polyethylene's carbon chain with an additive to enhance its decomposability and then its biological decomposability. The other is to use a film with properties similar to polyethylene from a decomposable item like starch after buying such a biodegradable film from a&nbsp;biodegradable film manufacturer. &nbsp; 1. Starch-Based Biodegradable Films Wheat, potatoes, or corn are used to make starch-based biodegradable films. This kind of biodegradable film fulfills the American standard for testing materials. It dissolves at least ninety percent within six months or less under stated conditions. Advantages of using starch-based biodegradable film are that its residual material is compostable and biodegradable, it has decreased fossil fuel content depending upon filler's loading, faster litter degradation, and no net carbon dioxide emissions in the international ecological system.&nbsp; &nbsp; 2. Additive Based Biodegradable Films The addition of additives can be done to traditional polymers to make them either more hydrophilic or oxo-degradable to facilitate microbial attack. &nbsp; 3. Oxo Degradable These oxo-degradable films are made by incorporating an additive inside regular polymers to provide an oxidative and then a biological method for decomposing them. This process usually takes 180 days to 365 days inside the environment with sufficient exposure to oxygen. Decomposition is a two-stage procedure; first, the conversion of the plastic is done by reacting with oxygen( stress, heat, or light does acceleration of the process), and then these smaller-sized oxidized molecules are bio decomposed by naturally occurring microbes. Commercial rivals and their trade unions have alleged that the bio decomposition process ceases at a specific time, leaving fragments.&nbsp; &nbsp; Advantages, and Usual Applications of Additive Based Film The advantages of using additive-based film are that they are less costly than starch-based plastics, and they do not conflict with food production. The disadvantages of the additive-based film are that its degradation relies on its exposure to air and cannot decompose in a landfill. The usual applications of the additive-based film are in manufacturing trash bags, compost bags, garbage bags, carrier bags, mulch film, and agricultural film. Biodegradable films are materials that will naturally degrade after being launched inside the environment. The end outcome of biodegradable films is less dangerous for the atmosphere than conventional plastic bags. &nbsp; &nbsp; 1. Decrease in Carbon Emission A major benefit of employing biodegradable films is a significant decrease in the emissions of carbon dioxide that take place during the production process. Not only that, since plant-based materials are employed to produce decomposable films, minimum carbon is released throughout the composing procedure. As plant-based material is used to make biodegradable films, a biodegradable film can also be called the green eco film. &nbsp; 2. Lesser Power Consumption Whereas the initial investment may be a bit higher in the longer run, biodegradable films need lower amounts of power. &nbsp; 3. Eco-Friendly Disposable Solution Biodegradable films need recycling or composting to make sure that plastic pieces are broken down for enabling the natural composting procedure. &nbsp; 4. Recyclable Material Apart from consuming less time for breaking down than conventional plastic, we can further recycle decomposable films to create more plastic by-products. &nbsp; 5. Lower Consumption of Petroleum Oil is an essential ingredient used for producing conventional plastics. Petroleum is said to impact the atmosphere negatively. Biodegradable films employ natural items; thus, their use can significantly cut down the quantity of petroleum utilized and, as a consequence, reduce its hazards for the environment. &nbsp; Uses of Biodegradable Films: Food industry Biodegradable films can be used in edible coating, food packaging, carry bags, egg trays, wrapping films, and paper boards. Agriculture: Biodegradable films can be used for low tunnel covering and soil mulching. They are viewed as a sustainable solution for managing and disposing of agrarian plastic waste. &nbsp;

We identify ourselves as the top wholesale plastic tape manufacturer in the seller market. The reason being that we deal with supplying products in bulk to immediate buyers at wholesale rates. We make huge sales because the plastic tapes manufactured at our company are equipped with all the necessary features. Our plastic tapes come in different colors and sizes based on their applications.

Moreover, our tapes are entirely waterproof and designed to be adhesive and just the right amount of sticky. We also provide plastic tapes in different colors as per our buyers' needs. We know that a premium quality plastic tape has to have high tensile strength, so it does not break easily, it should also be waterproof and heavyweight standing, So, we know what it takes to make the best plastic tapes to suit your needs, and that is what we try to achieve and strive for.

As a leading China plastic tape supplier, we take immense pride in producing the most durable plastic tapes that are bound to last long and withstand heavyweight. We provide fast delivery as well as make sure that your shipment reaches intact. As an established business, we believe in promoting other companies, and it is due to this, we sell products at wholesale rates so that our bulk buyers can buy them conveniently. As far as the international shipments are concerned, we offer different money transfer methods as well.